Sustainability is often approached from the standpoint of understanding the problems faced by humanity as it considers potentially sustainable actions and approaches. Schnellnhuber et al. (2004) identified "switch and choke elements in the Earth system" and outlined a "vulnerability framework." They also presented a "Hilbertian program for Earth system science," but it was not regarded as a recipe for sustainability. That program, or set of questions, focuses on needed increases in knowledge of the Earth system. However, only one or two of the twenty-three questions address the other part of the sustainability challenge: that of quantifying the present and future needs of a sustainable world, quantifying the limitations to response that the Earth system defines, and understanding how to use that information to encourage specific actions and approaches along the path to sustainability.

Understanding how best to move along the road toward sustainability, as contrasted with understanding the levels and types of unsustainability, is an issue that has not yet been addressed in detail. Sustainability is a systems problem, but one that is generally approached in a piecemeal fashion: Will there be enough ore in the ground for technological needs? Will there be enough water for human needs? How can we preserve biodiversity? Can global agriculture be made sustainable? These are all important questions, but they do not deal with comprehensive systems issues, and do not provide a clear overarching path for moving forward, partly because many of these issues are strongly linked to each other.

A challenge in addressing some of these questions in detail is in developing quantitative information on stocks, rates, and tradeoffs. The available data are not consistent: the stock of some resources is pretty well established, while for others there remains a substantial level of uncertainty, for example. In the ideal situation, the resource levels would be known, their changes monitored, and the approaches to the limits of the resource could then be quantified. Consider Fig. 1a, which could apply, for example, to a seven-day space flight. The stock of resources is known, the use rate is known, the future use can be estimated, and the end of the flight established. So long as total projected use does not exceed the stock, adequate sustainability is maintained.

Consider now Fig. 1b, the "Spaceship Earth" version of the diagram. Here the stock is not so well quantified. The general magnitude is known, certainly, but the exact amount is a complex function of economics, technology, and policy – consider oil supply and its variation with price, new extraction technologies, and environmental constraints. This means that stock is no longer a fixed value, but that its quantity may have the potential to be altered. Rates of use can be altered as well, as demonstrated so graphically in the scenarios of the IPCC for future climate change. Nonetheless, the starting point for consideration remains the same: How well can we quantify the factors that form the foundation for any consideration about the sustainability over time of Earth's resources?

Figure 1   (a) The use of a resource, and the degree to which it approaches the available stock, for a seven-day period in which all parameters are well known; (b) As with (a), but for a century time period for which the stock and rate of use are imperfectly known.

A major complicating factor in this assessment is that Earth's resources cannot be considered one at a time, because there are interdependencies and potential conflicts. Water, for example, is an essential resource for human life and for nature. We use water for drinking, working, and cooking, but water is also needed to produce food and to enable industrial processes. More water could be supplied by desalinizing ocean water, but that process is very energy-intensive. Is our energy supply adequate in the face of such a major new use?  The problem thus becomes one of optimizing the system, not one or another of the pieces. This cannot be done without doing the best job we can of putting numbers and ranges on the key resources related to sustainability.

Most vital resources have been addressed in isolation by the scholarly community. The human appropriation of Earth's supply of fresh water, for example, has been discussed by Postel et al. (1996). Similarly, the limits to energy, and the ways in which energy in the future may be supplied, is the subject of a five-year effort led by Nakićenović et al. (1998). Mineral resources are treated, again in isolation, by Tilton (2003). Other research could be cited, but the central message is that the investigations in one area related to sustainability do not generally take into account the limitations posed by interacting areas. Engineers like to talk of their profession as one that is centered on "designing under constraint," and optimizing a design while recognizing a suite of simultaneous limitations. The sustainability analysts have not hitherto adopted a similar philosophy. However, the examples presented above demonstrate the challenge of achieving a world significantly more sustainable than the one in which we currently live.

It may help to picture the challenge of sustainability as shown in Figure 2, where the amounts of the physical necessities of sustainability are shown as squares and the needs as ovals. It is clear that a near-complete linkage exists between all of the necessities and all the needs, yet individual scientists or research agendas have tended to emphasize a selected oval and all the squares, or a selected square and all the ovals. Can we devise an approach that deals with them all as a system, providing the basis for constructing a coherent package of actions that optimize the system, not the system's parts?

In this context, it is of interest to note that the existence of at least a first attempt at an integrated quantification related to approaching sustainability will provide information that is highly relevant to recent efforts to establish national materials accounts (e.g., National Research Council, 2004; OECD, 2004). These accounts, now in existence in a number of countries in preliminary form, assume a new level of importance when their contents are placed in perspective with the progress needed to achieve or approach sustainability, and to consider how they might monitor such progress. In at least a preliminary fashion, this Forum will explore the linkages between the global quantitative outcomes of the working groups and the ongoing assemblage of national material accounts.

This Forum, and the book that will ultimately result from it, have been designed to address the question "How well can we take the measure of the stocks of Earth's resources, their rates of use, and the ways in which these numbers might be altered by concerted action?" Other factors will be crucial in moving to concerted action: issues of equity, policy, governance, and the like. We recognize their importance, but do not plan to address them in the Forum. Our mission is simply to measure the parameters related to sustainability on Earth, as best we can, and to think about how to take their interactions into account, so that the aspects of sustainability that are not as readily quantifiable can rest on a base as solid as can be realized. 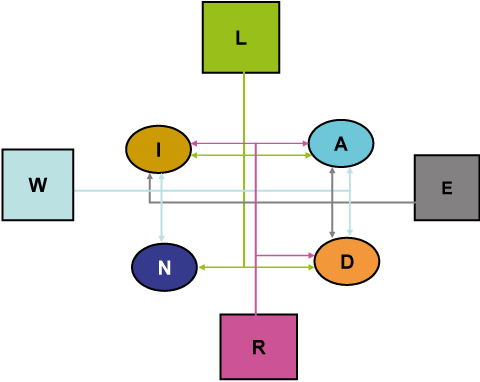 Group 1: How Should Earth's Land be Allocated?

Given the constraints imposed by the amount of land of different types available, how might Earth's land areas be optimally allocated in 2025? In 2050? If it seems unlikely that this can be accomplished under currently anticipated practices and challenges, what are options under which sustainability might be reached? Do these options need to be transformational rather than evolutionary?

Needs and Limits of Nature

Land Availability and Land Use: A Status Report

A Vision: The Transition to Sustainable Land Use

Group 2: How Should Earth's Nonrenewable Resources be Allocated?

Given the constraints imposed by the amount of nonrenewable resources of different types available, how might Earth's nonrenewable resources be optimally allocated in 2025? In 2050? If it seems unlikely that this can be accomplished under currently anticipated practices and challenges, what are options under which sustainability might be reached? Do these options need to be transformational rather than evolutionary?

A Vision: The Transition to Sustainable Resource Use

Group 3: How Should Earth's Water be Allocated?

Given the constraints imposed by the amount of water available, its spatial distribution, and its quality, how might Earth's water be optimally allocated in 2025? In 2050? If it seems unlikely that this can be accomplished under currently anticipated practices and challenges, what are options under which sustainability might be reached? Do these options need to be transformational rather than evolutionary?

A Vision: The Transition to Sustainable Water Use

Group 4: How Should Earth's Energy be Allocated?

Given the constraints imposed by the amount of energy of different types available, how might Earth's energy be optimally generated and allocated in 2025? In 2050? If it seems unlikely that this can be accomplished under currently anticipated practices and challenges, what are options under which sustainability might be reached? Do these options need to be transformational rather than evolutionary?

A Vision: The Transition to Sustainable Energy Use 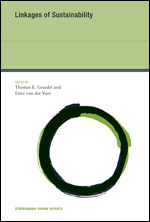